The Best Travel Hubs For Direct Flights To Costa Rica 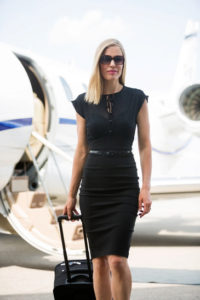 DFW is a hub for many flights around the United States, so there’s a good chance that wherever your trip starts, it will be easy to make it to Dallas. American Airlines offers a four-hour nonstop flight to SJO in San Jose, Costa Rica.

With the limited number of airports out of which a direct flight to Costa Rica is available, finding an airport that gives you a choice of Costa Rica destinations is pretty incredible. From Toronto Pearson International Airport (YYZ) you can fly to either San Jose or Liberia. Each route takes about five and a half hours, but Liberia will place you closer to Costa Rica’s best beaches. San Jose is the best choice for eastern Costa Rica and Arenal Volcano.

Direct flights to Costa Rica from Europe have been notoriously tough to wrangle. Luckily, Thomson Airways has invested in a new, larger Dreamliner aircraft that will make travel from the London (LGW) in the UK both easy and luxurious, with features like mood lighting and an onboard kid’s club. This route will begin service in November of 2015, and will land in Costa Rica’s Liberia airport.

Before the Gatwick route, the best way to get a direct flight to Costa Rica  from just about anywhere in Europe was to go through Madrid, Spain. Adolfo Suárez Madrid–Barajas Airport (MAD) features nonstop flights to San Jose on Iberia Airlines in just under 11 hours.

Need an excuse to take direct flights to Costa Rica?

How about a reason to come to the beautiful beaches of Tamarindo, experience a world-class yoga retreat in Nosara, or watch the Olive Ridley sea turtles – all as often as you want? If that sounds like a dream come true, then the properties of Nirvana Sanctuary might be the homes of your dreams.

These contemporary, eco-luxury masterpieces offer resort living near some of the best beaches in Costa Rica. Centrally located just a few hours from both of Costa Rica’s international airports, Nirvana Sanctuary will be offered at a completely unique luxury no reserve absolute auction – the first of its kind in Costa Rica – on November 14th, 2015 – just in time for a Thomson flight. To learn how you can name your own price for any or all of these gorgeous homes, call Supreme Auctions directly at (866) 929-2243 or contact us with any questions.

May 3, 2022Stunning Lakefront Estate to be Offered at Auction May 24-26 with Supreme Auctions

April 12, 2022Rare North Dallas Equestrian Property to be Offered at Auction in Pilot Point, Texas on May 5