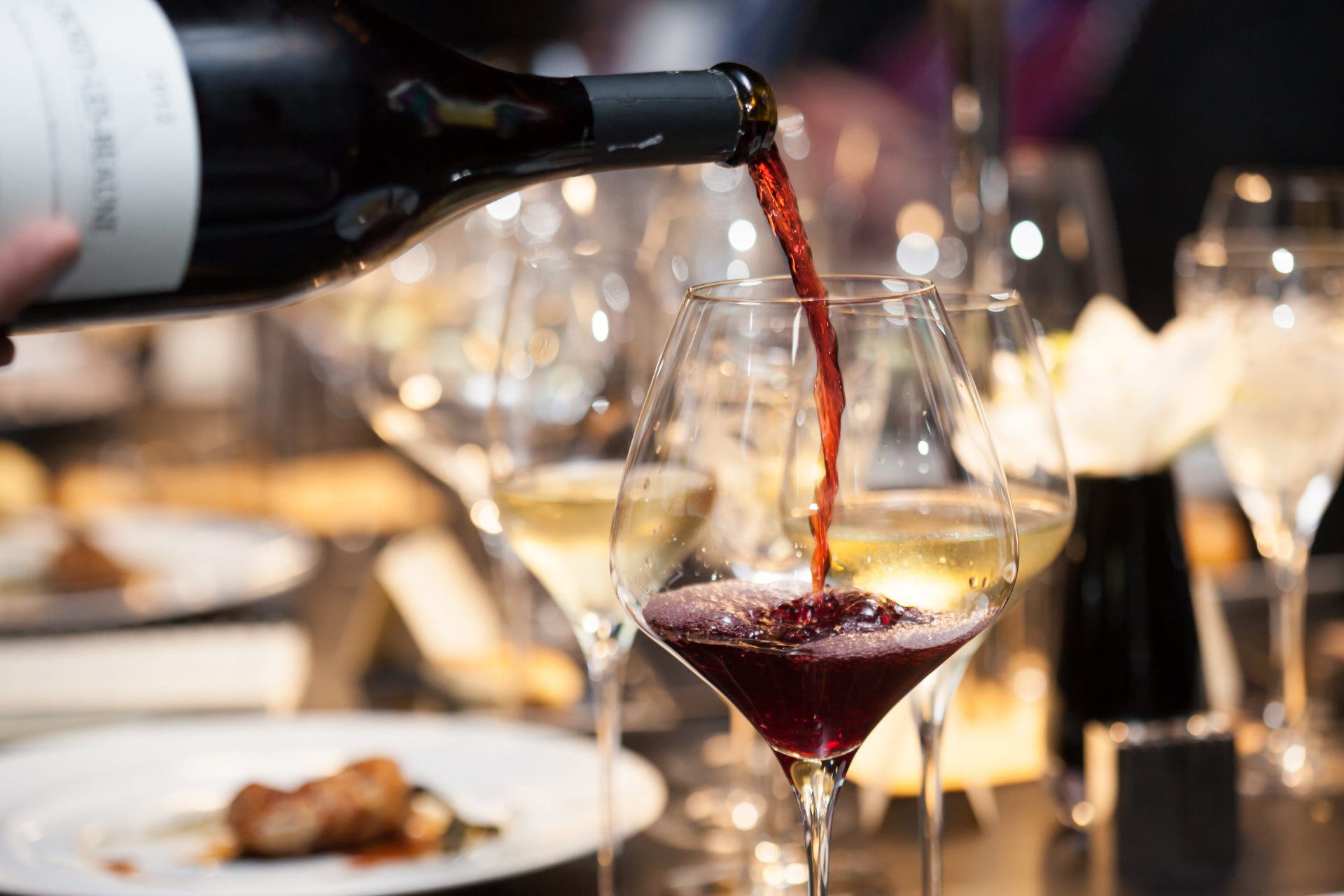 No celebration is complete without a good bottle of wine. At Supreme Auctions, we have found that certain wines pair better with the various seasons. For example, good winter wines often have a warming effect while you enjoy the slowly cascading snow and good company, while fall wines are as brisk and refreshing as the crisp breeze.

We compiled a list of fine wines that will pair well with your upcoming fall and winter celebrations.

Screaming Eagle is the most collectible California wine, based on its secondary market value and average price appreciation.

It has humble beginnings: real estate agent Jean Phillips bought a vineyard along the eastern edge of Napa Valley’s Oakville appellation in 1986. It turned out to have a small block of exceptional Cabernet Sauvignon. She later hired Heidi Barrett as her first winemaker, and the wine was launched with its memorable name.

Since then, new owners have come in, vineyards have expanded and production has increased from around 200 cases to as many as 800 cases per year, and yet the quality of their polished and beautifully cabernet sauvignon wine has never diminished.

William Harlan, a former real-estate developer, built Harlan Estate from the ground up. He envisioned a classic estate winery that could grow and produce wines on the same site, one with the potential to last for many generations.

In 1984, he chose a beautiful hilly location in Napa Valley’s Oakville district that overlooked famous properties like Martha’s Vineyard and To Kalon.

Harlan Estate’s signature red became a classic from its first vintage in 1990, with its bold Cabernet Sauvignon flavors, massive structure and slow aging curve keeping it near the top of collectors’ wish lists.

Folded Hills Winery, a farmstead in Gaviota, tells the story of a place, a family legacy, and organic practices. Owners Andy and Kim Busch brought the vision of Grant’s Farm — the historic Farm built by Ulysses S. Grant in 1848 — to the west coast. Today, the 15-acre property is lined with grapes and assorted crops, with the historic homestead still standing and “folding into” the hills.

The light-gold color of this Santa Barbara white from Folded Hills delivers an excellent balance of freshness and richness, with warm aromas of salted macadamia nut, olive oil, honeycomb and light peach.

Ron Denner searched California for years to find the perfect location for his vineyard. In 997, he found it in the far western reaches of Paso Robles. He began planting the first few acres in 1999, which has now grown to a total of 130-acres, consisting of 20 different grape varieties and counting.

The Denner 2018 Viognier has a bold introduction of brightly pitched aromas of white peach, orange peel, flint and yellow rose. Its bright acidity quickly balances the intensity of the flavors, providing a zippy, long, and refreshing finish.

It pairs well with grilled salmon, root vegetables and squashes on fall evenings.

Pierre Yves Colin Morey is one of the most highly regarded fine wine producers in Chassagne Montrachet. The town of Meursault, France, is a prosperous village that produces a small amount of red wine, but is justly famous for its whites.

Their Les Narvaux wine is widely regarded as a favorite for wine fanatics.

Its aroma contains notes of lemon, menthol, and stone. When drunk, you are immediately refreshed by the pure citrus fruits and suburb acidity.

It pairs well with chicken and turkey, making it perfect to serve with holiday dinners.

The Chave family is one of the oldest names in the world of wine, having been producing one of the world’s greatest wines since 1481. It should then be no surprise their Offerus Rhone Red made our list.

It is an intense experience with powerful aromas of blackberry, candied violet and wood smoke. The taste contains a lively graphite edge and a core of crushed plum and cherry and becomes a long and sweet finish.

The 2014 vintage is pretty versatile overall, providing immediate drinkability alongside plenty of structure for some short-term aging. If you open this bottle now, give it an hour in a decanter. Then make sure to offer the “Offerus” to your friends with a roasted leg of lamb dusted in Moroccan spices.