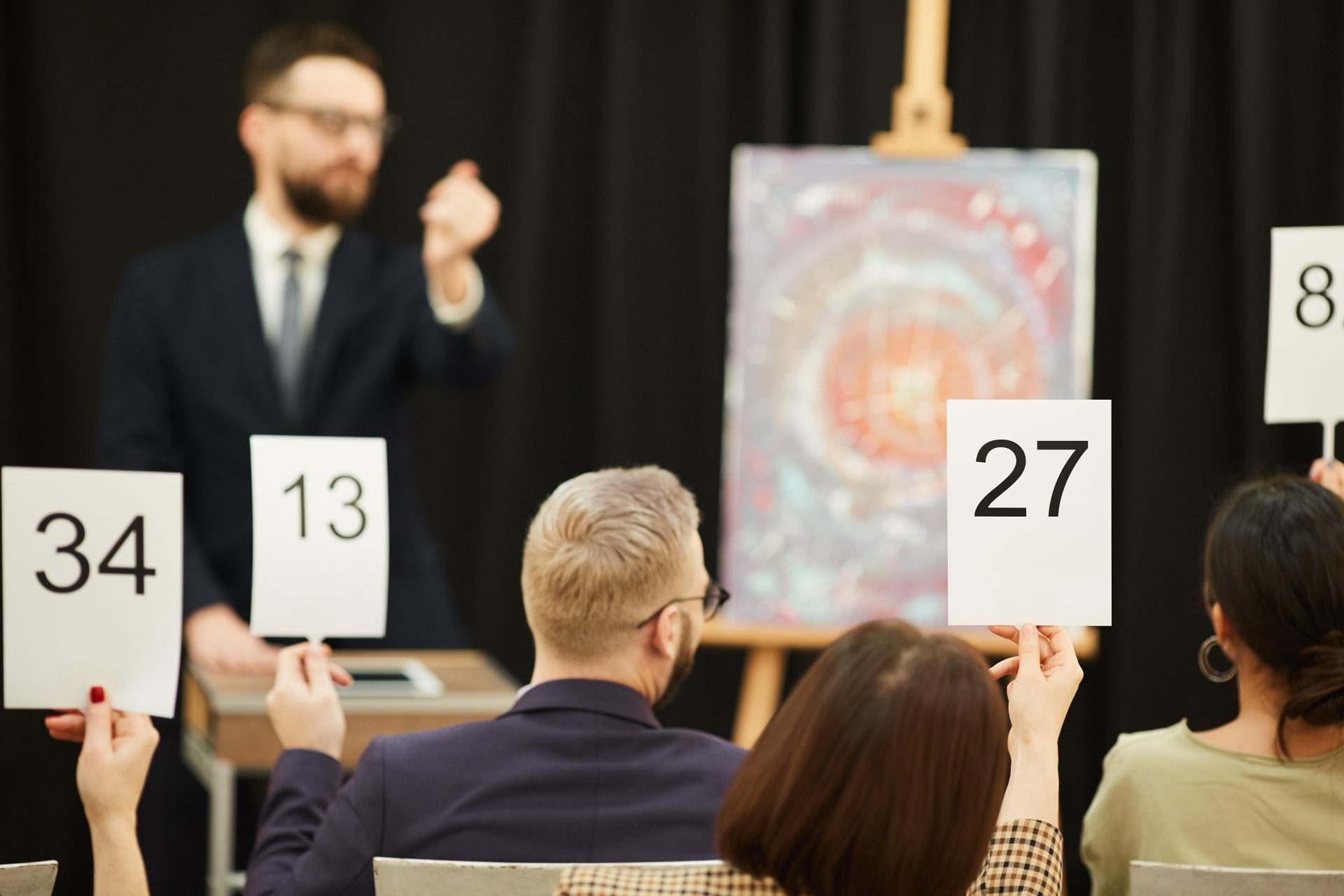 Prestigious items have been fetching record high prices at auctions all over the country. Today, Supreme Auctions is highlighting a few unique pieces sold by Christie’s and diving into the “why” behind the record-setting prices.

A Look at Some of the Record-Setting Selling Auction Items

Jeff Koons’ “Rabbit” sold for $91.1M in an auction hosted by Christie’s in May 2019, setting a record for the most expensive work by a living artist sold at auction.

The 3-foot-tall stainless-steel sculpture is a faceless space bunny. It is designed to look like a balloon, though it is made entirely of metal.

The sculpture was cast in 1986 in an edition of just three, plus an artist’s proof. The one sold during the Christie’s auction was the last one in private hands, with the others in the collections of the Broad Art Foundation in Los Angeles, the Museum of Contemporary Art in Chicago and the National Museum of Qatar.

The sculpture has become something of a cultural icon: in 2007, “Rabbit” was turned back into a balloon to float above Manhattan in the 2007 Macy’s Thanksgiving Day Parade.

This oil on canvas painting measures 40.5x32cm and features a young man with a blue cornflower in his mouth. It is a portrait that uses late Van Gogh’s typical brushwork and impressionist style, though at the time, it was one of his least well-received pieces. The artist had the last laugh, though, as it recently fetched $46.7M at auction, which was well above the estimated value of $7M.

This once-in-a-lifetime opportunity from Gooding & Co. exceeded all expectations during the Pebble Beach 2021 auction in August. This rare 1995 McLaren F1 sold for $20,465,000, well above the $15M estimate.

This particular 1995 McLaren F1 is a unique vehicle as it is the only one of its kind to be finished in Creighton Brown. The interior features light tan and Brazilian Brown upholstery. Additionally, the F1 still retains its January 1995-dated Premier fuel cell manufacturer’s label and the original McLaren Track Record plaque that acknowledges the team’s 104 Grand Prix wins in 1993.

What is even more impressive is the low mileage on the vehicle, despite it being 26 years old. Described as an “exceptional time capsule condition” by Gooding & Co., this McLaren F1 has only 242.3 miles on the odometer. For 17 years, this F1 was garaged in Japan and is believed to have accumulated most of its mileage during a promotional filming session near Tsukuba, Japan. The car then changed hands to an American collector in 2011, with only 196 miles on the odometer.

Another true once-in-a-lifetime piece is this autographed 1911 “Shoeless” Joe Jackson baseball card. It sold well above the estimated value of $400K at auction, where the final bid came in at $1.47M.

In 1908, when Jackson was just 21, Connie Mack and the Philadelphia Athletics purchased Jackson’s contract from the Greenville Spinners of the Carolina Association for $325. Jackson played most of the 1909 season with the South Atlantic League team in Savannah, Georgia for which he batted an astounding .358.

After the 1909 season, Jackson was traded to the Cleveland Naps for Bris Lord. He would later join the Chicago White Sox and lead them to a World Championship in 1917.

According to Christie’s, this card is the “the crown jewel of the Frank W. Smith archive in the form of an original autographed photograph of Joe Jackson.” It features Jackson in a throwing pose at spring training in Alexandria, LA in March of 1911.

What makes this item standout is the signature. To date, this card is the only known surviving image signed by the late Jackson.

Why Items Sell for Record Prices at Auction

Items such as those highlighted here are rare and one-of-kind collector pieces that often have multiple buyers bidding for their chance to own. Our President, Jennie Heal, explained the allure behind said pieces and why they are often brought to auction.

“The reason why people will offer a unique item at auction is due to the fact that they know it will fetch the highest price at auction through competitive bidding,” she explained. “Supply and demand play an integral factor in it as well, as prospective bidders know these items are rare and often one-of-a-kind, meaning there is nothing else like them in the world.”

Pair this demand with invitation only auctions and sellers know their prestigious items will sell for their highest value to someone who will cherish it for years to come.

Heal praised both Gooding & Co. and Christie’s Auction House’s as one of the finest auction houses to offer prestigious items such as fine art, antiquities, first edition books, and more.

In short, luxury auctions simplify this process, accelerate the sale, bringing rare pieces to the forefront, often selling them for their highest market values and more, which is why auctions of high-end items are the most popular way of selling.

In the luxury real estate category, Europe and Australia have historically utilized auctions to sell mansions and estates for hundreds of years — something Supreme Auctions paved the way for in the United States. If you are an interested buyer wishing to participate in an auction or wish to sell your high-end property, contact Supreme Auctions to learn more.