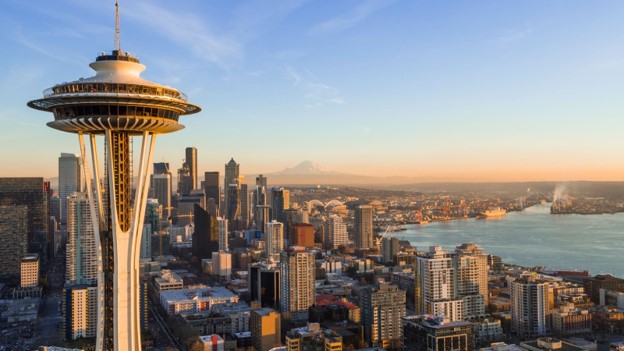 Millennials, those in their late 20s through 40, make up a bigger share of home buyers every year. The question is, where are they moving to? We at Supreme Auctions decided to take a deeper dive into where they are moving and share our findings.

In Seattle, millennials are thriving with plentiful indoor and outdoor activities, a healthy job market, good public transportation, and beautiful tree-filled neighborhoods. Seattle earns its nickname as the Emerald City for the thousands of acres of green space spread throughout the urban area. Seattle has numerous affluent neighborhoods as well. From luxurious high-rises with stunning views to beautiful estates on Lake Washington, there is something for everyone here.

On the cultural side, diversity and inclusion of many viewpoints is a critical factor for many millennials when they are choosing a place to live. Seattle leans progressive and with a diverse population and variety of neighborhoods that are generally welcoming to all creeds.

The most affluent neighborhood in Seattle is Laurelhurst. Laurelhurst sits on the shores of Lake Washington to the east and Union Bay on the south, providing spectacular views for the owners of its expensive homes. This quiet residential neighborhood has good schools, well-kept properties, and a mix of restaurants and businesses.

Atlanta is bigger than you might have thought: the Atlanta metro area is home to 6 million people. Here you will find a diverse population and many pleasant and affluent neighborhoods. This southern city is one of the hottest spots in the nation for millennials, with more than 90,000 of them moving to Atlanta in 2016 alone.

A thriving job market is partially responsible for Atlanta’s popularity. The city boasts an impressive 3.9 percent unemployment rate as of May 2021, according to the Department of Bureau and Labor Statistics. The top industries in the area include aerospace, with over 500 aerospace companies in Atlanta; agribusiness; film and television production; and energy.

As a millennial searching for luxury, Atlanta’s Buckhead community offers some of the most remarkable architecture and landscapes in all the south. Home to the Swan House, Lenox Square, Phipps Plaza, Buckhead Village District, and countless gourmet fare from culinary icons, Buckhead is the place to be in Atlanta.

Kingswood neighborhood should be your next stop. The area of Kingswood offers residents an opportunity to live in relative privacy while still benefiting from the nearby restaurants and designer boutiques.

Finally, look into Tuxedo Park. It’s an area that retains its natural beauty with large trees and 100-year history. The manicured grounds and varied architecture of the homes in Tuxedo Park give the neighborhood a somewhat formal air befitting its name.

Austin is booming for millennials, especially those who love live music and warm weather.

Residents ranging between the ages of 25 and 34 account for 17 percent of Austin’s population, which is higher than both the metropolitan areas of Dallas-Fort Worth and Houston.

Barton Creek is the place to be for luxury living in Austin. This exclusive neighborhood is situated on 5.4 square miles of wooded hill country, just minutes from Austin. Barton Creek is in the heart of one of the most beautiful areas of Austin and for good reason. The area is known for high end garden homes and luxurious Mediterranean villas. It is also home to the famed Barton Creek Resort and Club, and also to a number of world class amenities and golf clubs.

Texas is a very enticing state for many millennials with more than 187,000 of them moving to the Lone Star State in late 2019. We would be remiss if we did not reflect that in this list by adding two Texas cities.

As the ninth-largest city and part of the fourth-largest metropolitan area in the nation, Dallas is home to ultra-modern conveniences.

Highland Park and Forest Court are the places to be. The average home prices in these areas are $2.5M and $2M, respectively. Highland Park, in particular, was developed in the early 1900s, and it was designed by the same architect as Beverly Hills. It is one of the most prestigious neighborhoods in Texas, and it is home to the upscale Highland Park shopping village and the exclusive Dallas Country Club.

We at Supreme Auctions have an upcoming auction in Dallas as well! So if you are looking to move to Dallas, now is the time. The online auction takes place August 26th – 28th. The property is Glen Gables and it is nestled in the sought after neighborhood of Preston Hollow, home to celebrities, pro-sports athletes, and Shark Tank’s very own Mark Cuban, the owner of the Dallas Mavericks.

How to Buy and Sell in These Cities

Luxury real estate is difficult to find without the right agent on your side. Millennials looking in affluent neighborhoods need to follow Supreme Auctions to find beautiful luxury homes at auction.

For sellers who are hoping to find that niche millennial market who are buying up luxury homes in these sought after markets, we at Supreme Auctions can market your unique property and sell your home in 45 days at the highest market price and do so time-and-time again. If you would like to explore our luxury property auction marketing process to sell your home, call us at 888-660-6450 or connect with us online. We will be happy to assist you.